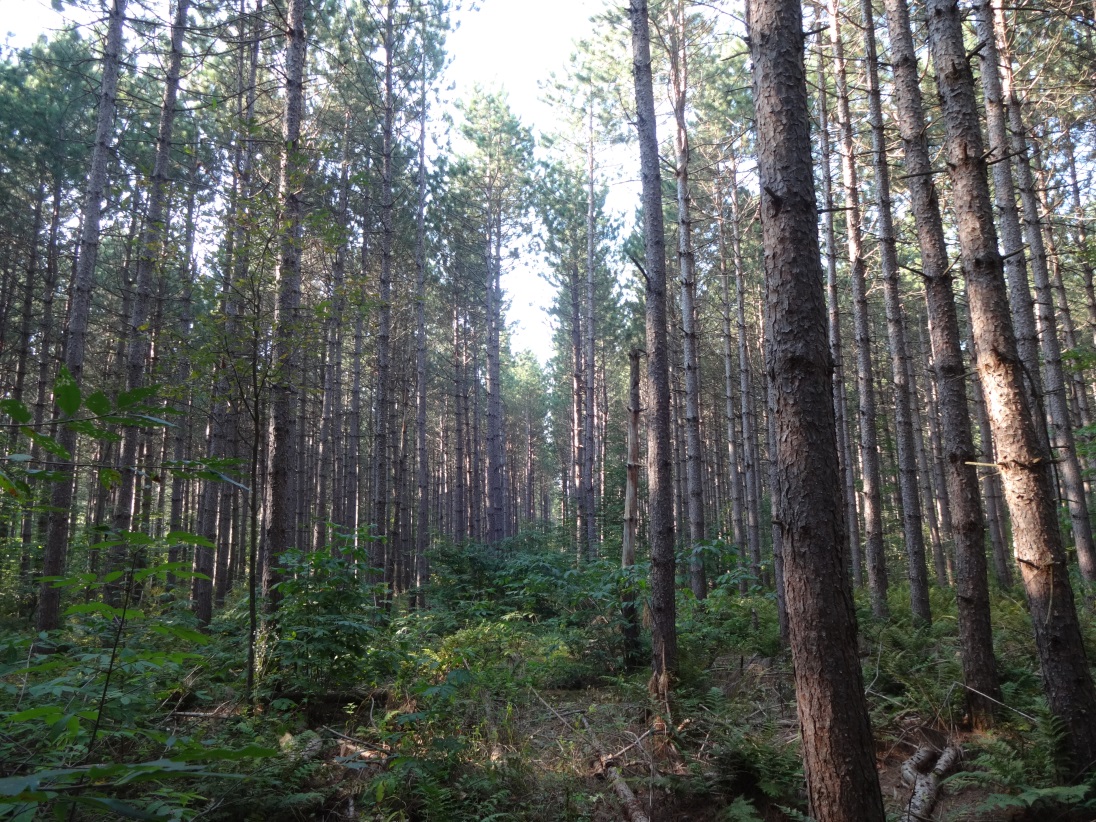 It was the effort of communities to control flooding that lead to the creation of the South Nation River Conservation Authority in 1947. However, in addition to floods, this area has also been hit with earthquakes, landslides, tornados, and ice storms.

The Ice Storm of 1998 wasn’t the only storm of that type to hit the area. Another storm hit in 1942, but had less of an impact because residents were still using wood or coal for heat and oil lamps at the time.

Not so in 1998; when ice destroyed power and com
munication grids throughout Eastern Ontario and Southwestern Quebec. The people with “old” technologies fared better than those who scrambled for generators to keep from freezing in the dark.

This geocache is placed to demonstrate the difference between two wooded areas. See if you can determine which benefited from the intervention of the SNC forestry technicians and their science, and which still struggles many years later.