What is a Conservation Authority?

Most of southern Ontario, as well as the more developed areas of northern Ontario, are within the boundary of a Conservation Authority. Collectively, the jurisdictions include 90 per cent of the province's population. 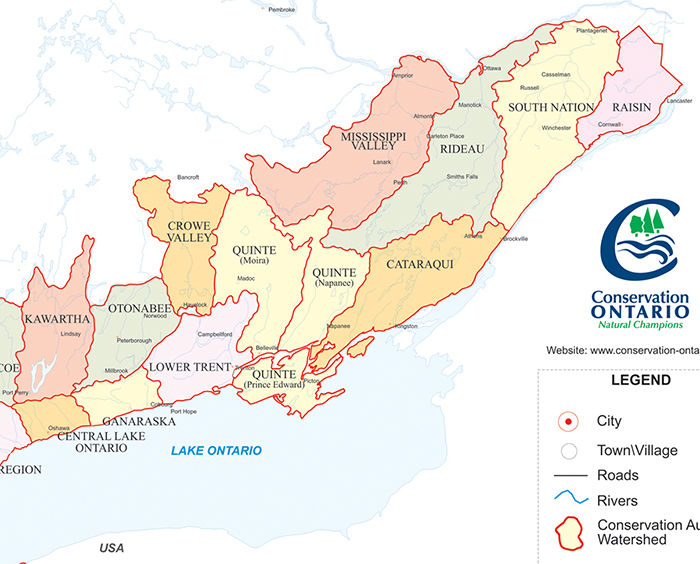 A watershed is an area of land that is drained into a body of water. The South Nation River begins north of Brockville and empties into the Ottawa River near Plantagenet. All of the land drained by the river is called the South Nation Watershed, an area that includes 15 different municipalities. In some cases, watersheds will also include sub-watersheds, like the Hoasic watershed in South Dundas, which flows into the St. Lawrence River.

Conservation Authorities receive funds in part through a tax levy on the municipalities within the watershed. In the case of SNC, the levy amounts to about ten dollars per home. Funding for projects comes from provincial and federal government grants, and from partnerships with businesses, organizations and individuals.