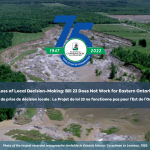 Loss of Local Decision-Making: Bill 23 Does Not Work for Eastern Ontario 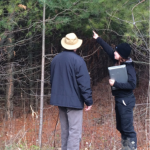 Are you a landowner with at least 10 acres of woodlot property? Thanks to support from the United Counties of Prescott and Russell (UCPR) and Stormont, Dundas and Glengarry (SDG), South Nation Conservation (SNC) offers its Woodlot Advisory Service (WAS) to residents who own at least 10 acres of forest.  Read more 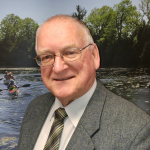 The Raisin-South Nation Source Protection Committee has announced that retired farmer and active community member, Ray Beauregard, was recently re-appointed by the Ontario Minister of Environment, Conservation and Parks for this important role under Ontario’s Clean Water Act, 2006. Read more

What do low water levels mean?

What do flood messages mean?