Between the villages of Casselman and Lemieux, the banks of the South Nation River have experienced large-scale retrogressive landslides.  The most recent occurred on June 20, 1993, two years after the town of Lemieux was abandoned and residents were relocated because of the efforts of South Nation Conservation.  The landslide dammed the river and consumed 17 hectares of land next to the former town site.  Another large-scale landslide occurred in 1971, approximately 4.5 kilometers from the 1993 event.  Both landslides occurred in the Champlain Sea sediments (also known as Leda clays, quick clays or sensitive clays), and were triggered by excess rain.  Leda clay has the potential to instantly turn from solid soils to liquid clay flows. Retrogressive landslides can occur rapidly and without notice.

More information on the Potential Retrogressive Landslide Area, including maps, photos and reports can be found here. 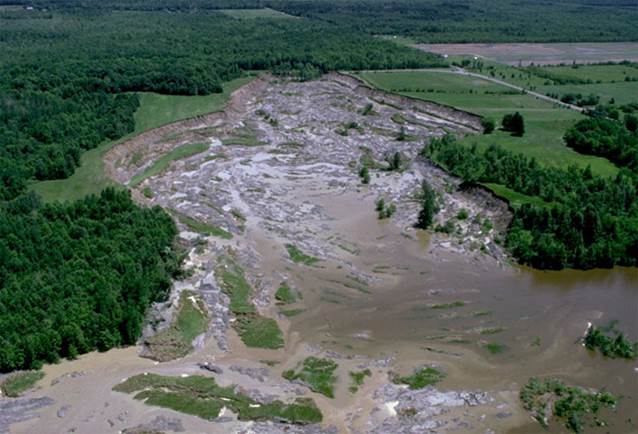