A twenty-kilometre section of the South Nation River within The Nation Municipality between the Village of Casselman and the former Hamlet of Lemieux is subject to large scale retrogressive landslides.

This area – identified as the Casselman to Lemieux Potential Retrogressive Landslide Area (the “PRLA”) – has been the subject of decades of geotechnical studies.

Geotechnical and historical data conclude that a major retrogressive landslide could occur in the PRLA at any time, endangering lives and resulting in the loss of buildings, infrastructure, and land. 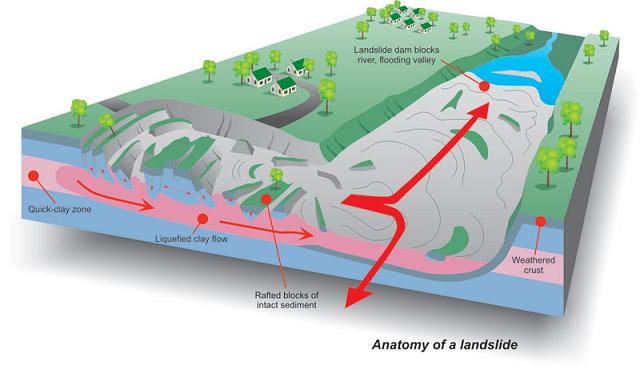 On May 16, 1971, 4.5 km upstream of the hamlet of Lemieux, a large clay flow destroyed 28 hectares of farmland. The landslide left a scar 750 m wide with a headward retrogression of 450 m. About 6 million cubic metres of sediment flowed into the South Nation River, damming the river for months. Just twelve days prior, a sensitive clay flow in St. Jean Vianney, Quebec took 31 lives. 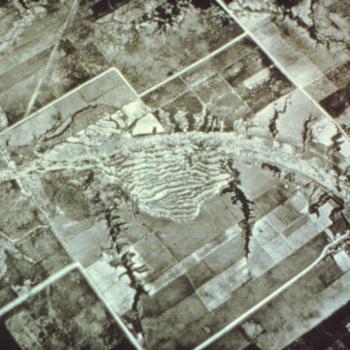 The most recent landslide occurred on June 20, 1993, five hundred metres from the main street of the former Hamlet of Lemieux. The failure involved 2.5 to 3.5 million cubic metres of sand, silt, and clay flowing into the South Nation Valley, inundating 3.3 km of the valley bottom and damming the South Nation River for four days. The landslide created a scar 320 m wide, 680 m in length, and 10 to 20 m deep.

Loss of life was avoided due, in part, to SNC who, with Ministry of Natural Resources funding and support, purchased 28 residential properties in Lemieux from willing sellers two years prior to the 1993 Landslide. 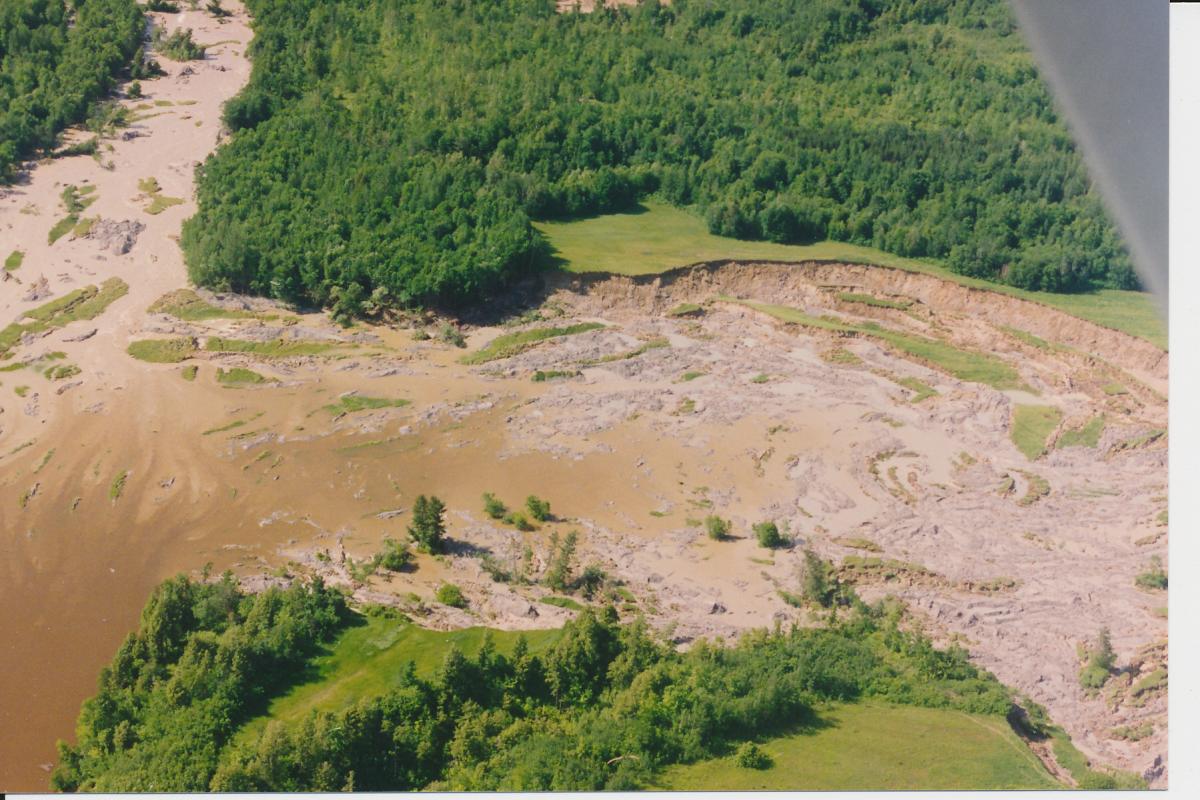 The Seguinbourg Development Area consists of a residential area located about two kilometres north of Casselman. The site extends about 1.8 km along the northeast bank of the South Nation River.

A 1982 study of the South Nation River by the Ministry of Natural Resources (“MNR”) indicated that the Seguinbourg Development Area could be within a retrogressive landslide area. To mitigate risk to people and property, SNC undertook the construction of a rock berm below the development area.

The Seguinbourg Berm was constructed between 1987 and 1990 at a cost of $750,000 shared between SNC and MNR grants. The Berm stabilized 1,800 m of the riverbank, protecting it from toe erosion.

As of 2019, the Seguinbourg Berm mitigates the risk of potential retrogressive landslides for more than 50 residential properties in The Nation Municipality.