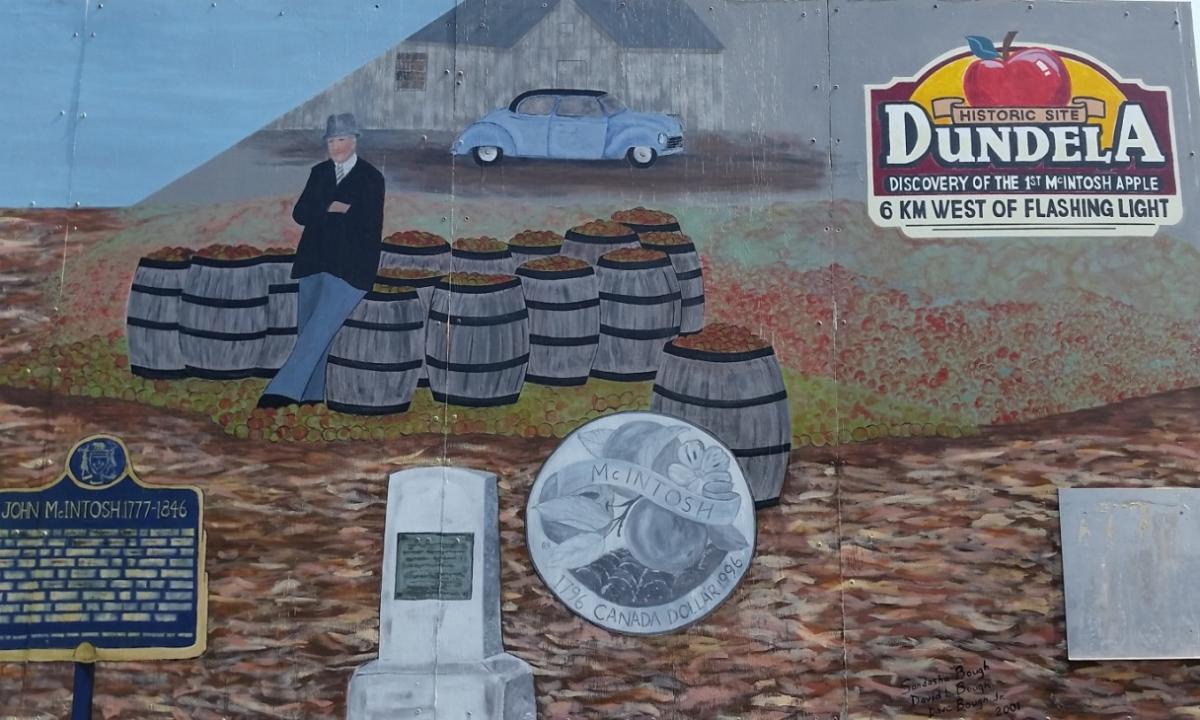 Many visitors and residents are surprised to learn that the tart and tasty McIntosh Apples were created in Dundela.

After moving to Upper Canada from New York State, John McIntosh (1777 – c.1845-46) and Hannah Doran were married in 1801 while farming along the St. Lawrence River. In 1811, the two exchanged their land with an in-law for a plot of land in Dundela. While clearing this overgrown plot, McIntosh discovered some wild apple seedlings that he transplanted next to his house. One seedling in particular grew into a tree, which bore particularly good fruit. Their grandchildren dubbed the fruit “Granny’s Apple”.

By 1820, seedlings from the tree were being sold, but they did not produce the same quality of fruit. It was McIntosh’s son, Allan (1815-1899) who learned the art of grafting and began cloning the tree with his brother, increasing production of the fruit. Earliest sales were in 1835 and, by 1836, the fruit was named the McIntosh Red. Entering into commercial production in 1870, the apple became popular after 1900. The original tree bore its last fruit in 1908 after being damaged by a house fire. Horticulturalists from Upper Canada Village saved cuttings from the last known first-generation McIntosh graft before it died in 2011.