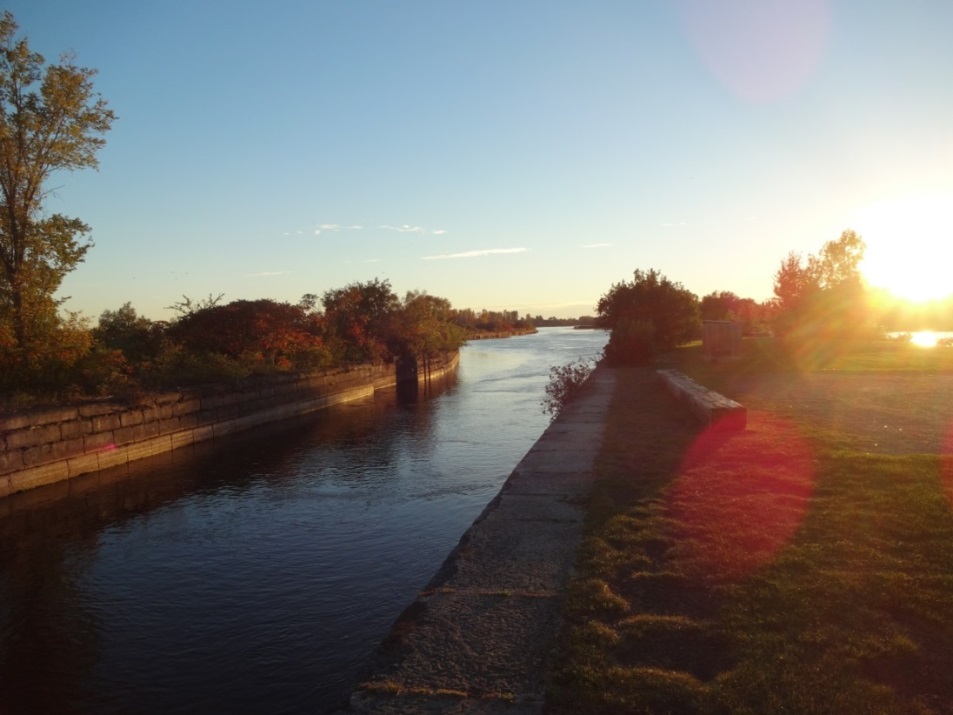 Near the headwaters of the South Nation River lies the Galop Canal, the historic predecessor to the St. Lawrence Seaway.

Opened in 1846, the Galop Canal ran 12 kilometres from Iroquois to Cardinal. It allowed ships to bypass sets of rapids around Point Iroquois, Cardinal and Galop Island.

New locks were built along the canal in 1897 and the lock at Cardinal (lock 26) was 60 metres in length. Other parts of the canal became the longest locks of Canada at that time, reaching almost 243 metres.

Use of the Galop Canal shifted in the 1950s when construction of the St. Lawrence Seaway began. The nature of life along the St. Lawrence banks began to change and newer, larger, locks were built to ship larger amounts of cargo from the Great Lakes.

In addition, new hydroelectric power stations were constructed
and ultimately led to the flooding of 10 villages along the river and the relocation of others. The canal is also the final resting place of the Conestoga.

Geocache (GC2CXQN) Diver Down: The Wreck of the Conestoga