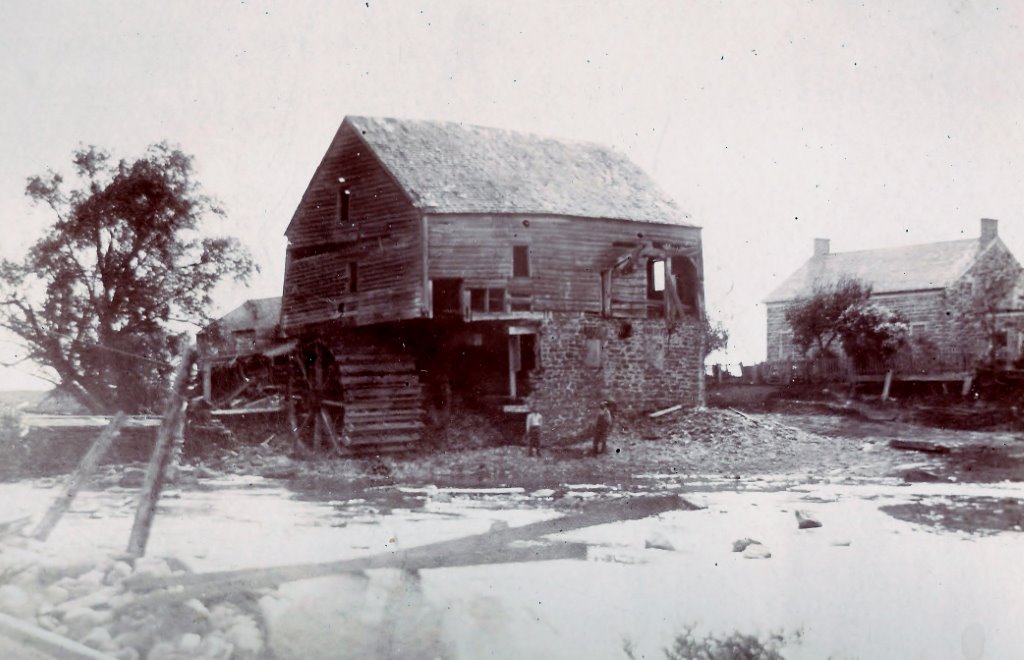 From 1800 to the 1890s, the village of Hyndman was called Grant's Mills. In 1800, Lewis Grant moved to Edwardsburgh Township to claim the land entitled to his father. Grant built a dam and then a grist mill on the South Nation River. It was the only mill of its kind at the time on the River between Montreal and Kingston. After Lewis Grant's death, his son Daniel sold the mill to Joseph Hyndman, who operated the mill until 1901. The name change of Grant's Mills occurred in the 1890s after postal service came to the community consisting of around 50 residents, according to the Dominion Directory. Mail arrived addressed to Hyndman, the name of the postmaster, and from then on the community became

referred to as Hyndman. The only building still standing on Grant's property from the Grant's Mills period is a stone house built by Daniel Grant.