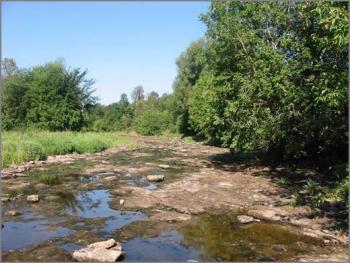 Environment Canada climate stations in Ottawa, Cornwall and Brockville indicated the total precipitation for the last three months to be 118.6mm, 85.8mm and 133.1mm, respectively, compared to 2015, where the totals were 234.5mm, 247.2mm and 279.2mm, respectively.  Currently, the precipitation levels for June are 50% less than what they were in 2015.

Wells installed in shallow unconfined aquifers are more susceptible to varied environmental conditions when compared to those accessing deeper confined aquifers. These two aquifers types are illustrated below. 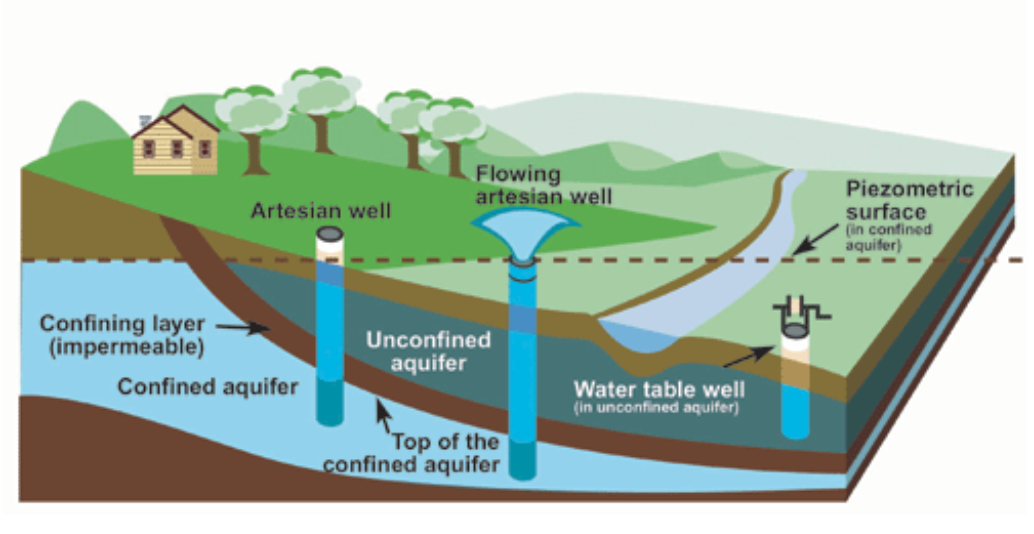 A contributing factor to annual groundwater recharge is the accumulation of snow. Data collected this year indicates that less snow was measured than the previous 4 years.  The snow depth data collected from 2011-2015 measured 13.52cm, 18.55cm, 29.66cm, and 16.21cm, where this past winter (2015-2016) the snow measured 13.05cm. This data also shows that the spring freshet (melt) in 2016 was very abrupt, which, in turn limited the ability of this melt water to infiltrate into shallow unconfined aquifers.

To minimize the potential effects of drought on private wells, residents are encouraged to conserve water during extended periods of water use (lawn watering, pool use etc.).  In addition, residents can learn basic information about their private wells (shallow, deep, confined, unconfined) and be aware if their well is at higher risk of going dry during periods of drought.  I.e. A deep well in a confined aquifer in an area of minimal pumping is less likely to go dry than a well located in a shallow unconfined aquifer.

While in level I status, SNC encourages residents, businesses and other industries throughout the watershed to reduce their water consumption by 10% in order to help mitigate the impacts of low water conditions.  Water consumption can be reduced by limiting non-essential uses (e.g. lawn watering, car washing, etc.).

SNC will continue to monitor watershed conditions and will provide updates as required.  In order to identify the severity of the situation, landowners, businesses, and industries are encouraged to contact SNC if they are experiencing any unusual water-related problems.