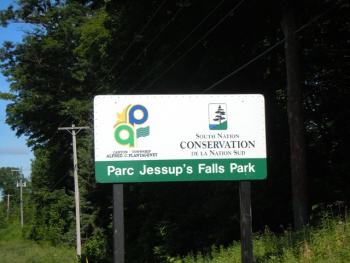 At the request of the Township of Alfred and Plantagenet, South Nation Conservation has expanded its 4200 square-km jurisdiction to include the entire Township, within SNC boundaries.

Prior to the municipal vote and approval by the SNC board, about two-thirds of the Township was already within SNC boundaries, now the final one third adjacent to the Ottawa River, has been included.

“It’s another indication that municipalities within or close to the SNC jurisdiction realize the value of the environmental programs that SNC offers to landowners and municipalities, such as tree planting, fisheries protection, and water quality improvement projects” said authority General Manager Dennis O’Grady.

The added small cost of bringing the entire township in, is far outweighed by the value of SNC programs.

“Alfred and Plantagenet has always been a strong supporter of SNC. It’s a pleasure to welcome the full municipality into the fold.” Bill Smirle.

Alfred and Plantagenet Mayor, Fernand Dicaire, is a member of the SNC board representing the United Counties of Prescott-Russell. The existing bond with the township has been strengthened by the fact it’s the location of one of the Authority’s showcase Conservation Areas at Jessup’s Falls.

Fifteen member municipalities oversee SNC’s programs and expenditures through its board of directors.

Under the Conservation Authorities Act, a positive vote from the municipality and a joint resolution from the SNC board and municipal representatives is required to enlarge the Authority’s area.