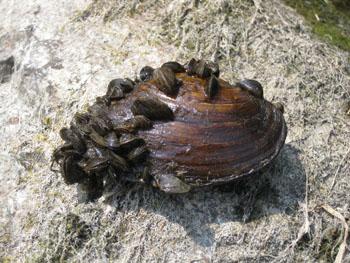 March 3, 2014 – Ontario’s 36 Conservation Authorities - who deliver a wide variety of conservation programs in local watersheds - commend the Ontario Ministry of Natural Resources (MNR) for its work in developing Canada’s first standalone proposed Invasive Species Act which is designed to address the urgent and growing problem of invasive species in Ontario.

Through their watershed stewardship programs, many Conservation Authorities across the province battle both aquatic and terrestrial invasive species that threaten water quality, choke out important native species, and impact native sport and commercial fisheries, beaches, forests, wetlands, and local recreation and tourism.

“A risk-based approach as being suggested in the proposed Act is a sound and useful approach that allows for prioritization of actions to maximize the use of limited resources”, Gavine said. “It should be very successful combined with a multi-pronged approach that includes education and outreach, monitoring, and management. Implementing this approach will be even more successful with a broad suite of partners, especially at the local level.”

Because we connect on a global basis today more than ever, it’s much easier for new invasive species to be introduced and spread. As well, the growing impacts of climate change are also affecting the health and resiliency of Ontario’s water and land biodiversity, making the local environment more susceptible to the establishment and spread of aquatic, insect, plant and other invasive species.

For more information on the proposed Invasive Species Act:
http://news.ontario.ca/mnr/en/2014/02/fighting-invasive-species-in-ontario.html

Find out which invasive species are in your area (Early Detection and Distribution Map of Ontario):
http://www.eddmaps.org/ontario/