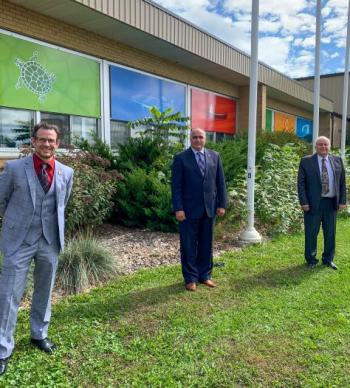 George Darouze, Councillor for the City of Ottawa’s Osgoode Ward, was elected the new Chair. Pierre Leroux, Mayor of Russell Township, was elected Vice-Chair, and Bill Smirle of Stormont, Dundas and Glengarry was confirmed as Past Chair.

Composed of 13 members, SNC’s Board of Directors oversee the Authority’s budget, programs and services, and work alongside staff to champion local conservation initiatives.

Today’s AGM also marked the first time since February that the Board meets in-person at SNC's head office in Finch while following health and safety precautions.

The public meeting was live streamed online and is available to watch on the Conservation Authority’s public YouTube channel at www.youtube.com/SouthNationCA.