The Natural Heritage System and Wildlife

The natural heritage system (NHS) is made up of "core natural areas" (e.g. sigificant woodlands, wetlands, and agricultural lands) which are interconnected through "natural linkages" (e.g. movement corridors for widllife).

Habitat loss and fragmentation are leading causes of species decline in Eastern Ontario. Wildlife rely on large core features that protect biodiversity, like wetlands, rivers and forests; and wide corridors and connections between natural features allow wildlife to move safely.

The United Counties of Prescott and Russell and Stormont, Dundas, and Glengarry identify natural heritage systems in their Official Plan schedules and protect the ecological integrity of these areas through environmental policies. The United Counties have partnered with South Nation Conservation (SNC) to complete a Natural Heritage System Project on their behalf. 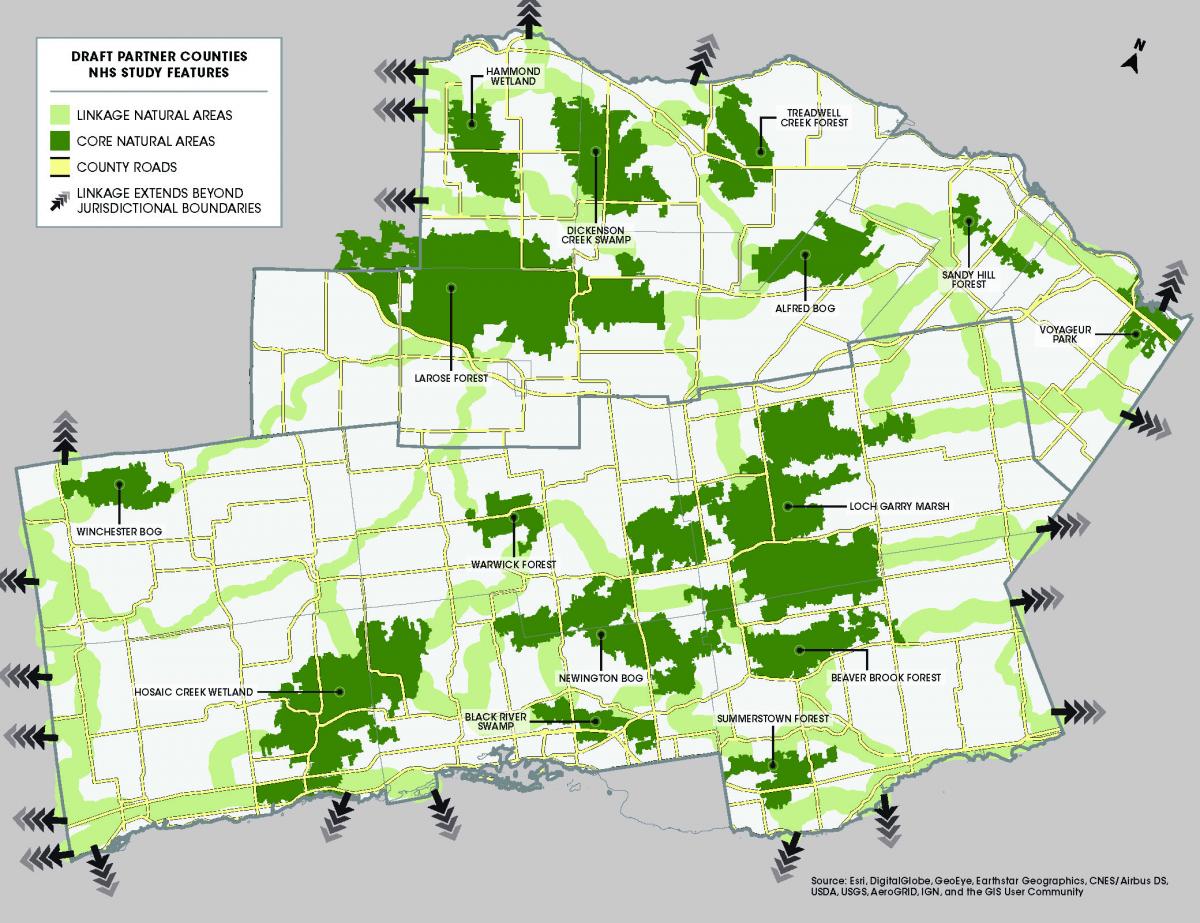 Moose: Moose rely on forests for shelter, sufficient food, and cover from predators. They move between different types of forests throughout the seasons to best meet these needs. Moose numbers are often highest in parts of forests that promote the growth of young trees and shrubs, which provide nutritional food for moose. But they also require mature vegetation as tree canopy provides critical shelter during summer and winter. Moose populations can decline if one or more key habitat components is lacking.

Fishers: A member of the weasel family, the fisher is a solitary, wide-ranging native mammal found throughout much of Canada. Optimal habitats for fishers are interconnected large and mature forested areas. Although they do not migrate seasonally, fishers often travel extensively within their habitat. Due to habitat loss and fragmentation, fisher populations have historically declined. Fishers also now find themselves venturing into urban areas to seek out food. How Can You Help?

One of the goals of the NHS is to recognize local linkage and wildlife corridors between natural heritage features and areas.

Using your smartphone, you can help inform updates to the NHS by reporting sightings of the keystone wildlife species (moose and fishers) and other animals used in NHS planning that rely on core natural heritage features and linkages including turtles, beavers and honey bees.